If you’ve read this blog regularly you know we fully embrace the beer running movement. And with groups like Conshy Running, Yards, and the Fishtown, Manayunk , Torresdale and Elkins Park Beer Running groups, we know Philadelphia does too.

So needless to say we are very excited to hear that the Fishtown Beer Runners will be running to the new Flying Fish Crafthouse! On Thursday February 9th at 7:00 join FBR as they run multiple distances ending at the same location. 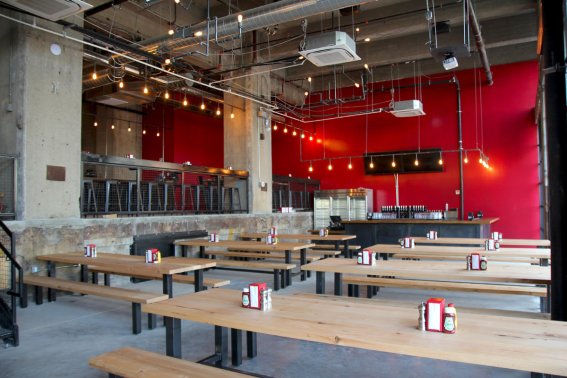 You may not be familiar with the Crafthouse as they have only just opened as of a few months ago. This urban American restaurant offers food by Chef Brian Duffy and exclusive small batch beers from Flying Fish Brewing Company. The extensive menu focuses on items such as handcrafted burgers and sandwiches,  paired with the massive arsenal of Flying Fish brews. Two separate bars serve Flying Fish seasonal and small batch beers available exclusively on the premises.

They will offer a 4.06 mile course that starts from the traditional Fishtown Beer Runners’ start location. See the route here.

There will also be a longer route of 5.31 miles from that also begins at the traditional Fishtown start location. You can see that route here. Please note that both routes are subject to modification at the beginning of the run.

Can’t make it to Fishtown? They will have a third group that leaves from 7th & Bainbridge at 7:00 PM. And as always, remember to bring your ID on the run!

Plan on running? Join the convo on Facebook here!

Good luck this weekend runners! Who's ready to get some serious miles in? ⠀⠀⠀⠀⠀⠀⠀⠀⠀ #PhillyMarathon #RunPhilly
You know what’s not overcrowded on January 1st? ⠀⠀⠀⠀⠀⠀⠀⠀⠀ Your local running trail.
Love Run team registration is now open! Click the link in our bio to learn how your team can win entry for just $40 per person!