A group of bloggers from across the globe has gotten together to explore the running cities of the world in a series called “Run Where I Live”. Consider this is your one stop shop to the Philadelphia Running community. Check out the other cities in the “Run Where I Live” series here.

I am probably biased when I say this, but Philadelphia may be one of the greatest running cities in the United States, if not the world. Bold statement I know, so continue reading and you’ll understand why.

It all begins with the physical size of Philadelphia. We are one of the largest cities in the world, however compared to our sister cities (NY, LA, Chicago, Boston) we are slightly smaller. To give some perspective, in square miles Chicago is double our size, NYC is 3 times our size and LA is  almost 5 times the size of us! By being physically smaller as a city we are that much more connected with one another. Running in Philadelphia is like no other because you get a big city feel but the running community is so tight-knit and well connected. If you run in Philadelphia it becomes very clear you are a part of something so much bigger than yourself.

So what makes Philadelphia such a great running city? I mean where do we even start?

To begin, Philadelphia is just an hour away from the Runner’s World headquarters in Emmaus, PA. You know Runner’s World, they are the premier source when it comes to everything running. By being so close it is very common that you will see Bart Yasso at races or organized workouts in the Philadelphia area. Not to mention the Runner’s World Half Marathon and Festival is so close to Philadelphia that it only takes a quick car ride north to experience all the fun first hand!

Philadelphia Runner is the #1 running entity in Philadelphia, so much so they deserve their own section in this post. You

can’t run in Philadelphia and not know about Philly Runner. I call them an entity because they aren’t just one thing when it comes to running. They are a running store, a running group, a running sponsor and even host their own race…..they are everything running when it comes to Philly! From first hand experience I can tell you they are the best running store in the city of Philadelphia. Their staff is knowledgeable and will make sure you are equipped with the proper running gear specific to you. They also host one of the top races in Philadelphia (more on that below). And as if that wasn’t enough they are constantly hosting free group runs throughout the city. Their main store is so centrally located in Philadelphia that it allows them to host group runs throughout the city that will usually end somewhere fun. Philly Runner keeps the Philadelphia running community connected like no other group has.

If you look at the race calendar we post every month, you will know that Philadelphia is never short on races. From the spring to the fall it is almost impossible to not find an organized race every weekend. And if there isn’t a race you can bet someone is organizing a group run somewhere. Here are some of the best: 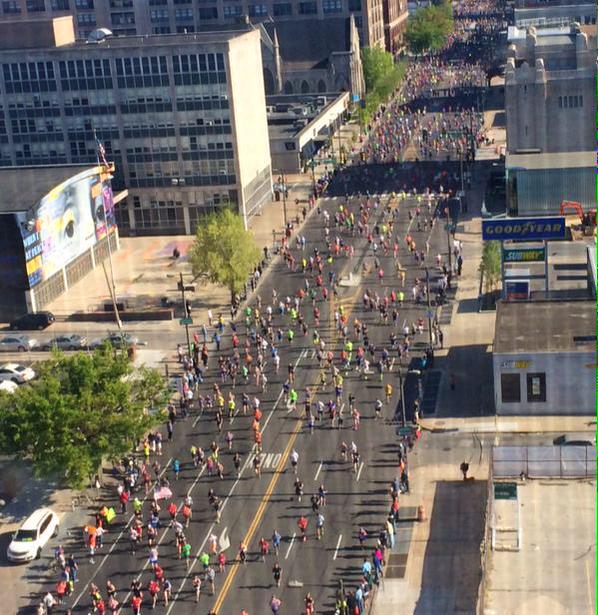 View of Broad Street from above

It is one thing to tell you why running in Philly is amazing. It’s a lot better to show you:

I told you Bart Yasso pops up in Philly regularly 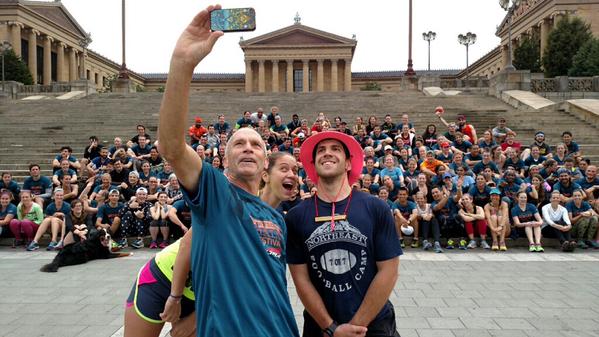 The famous “Rocky Steps” from the Rocky movie. More commonly known as the Art Museum steps 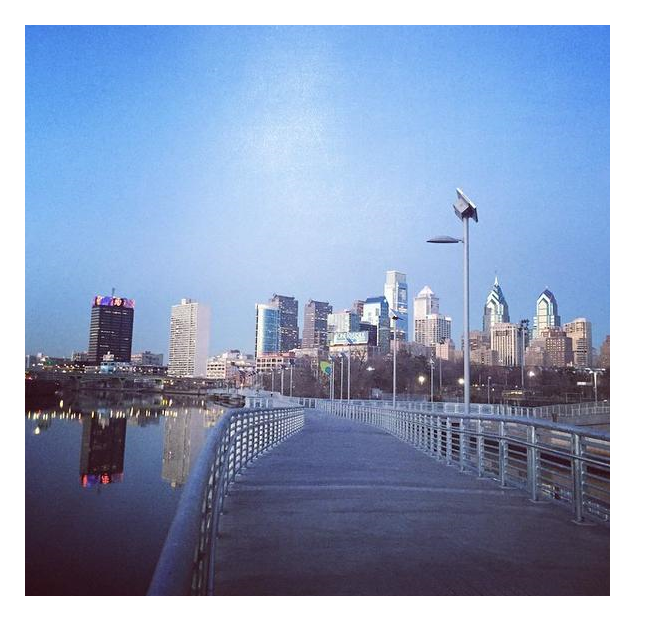 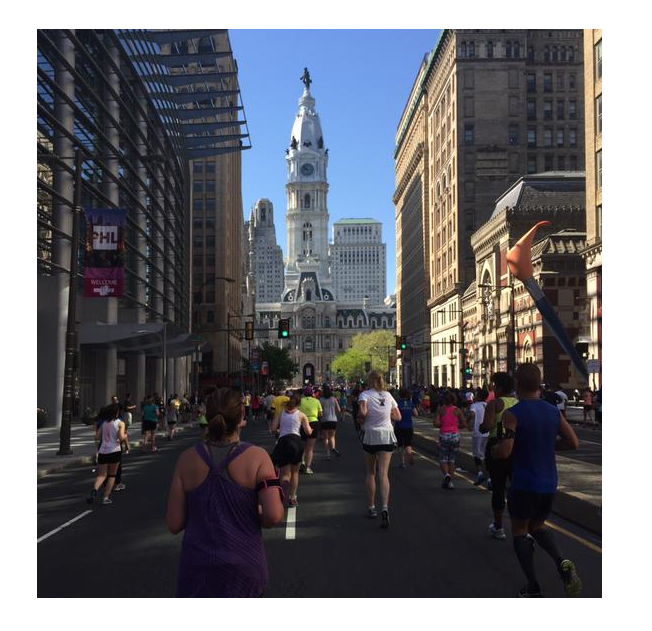 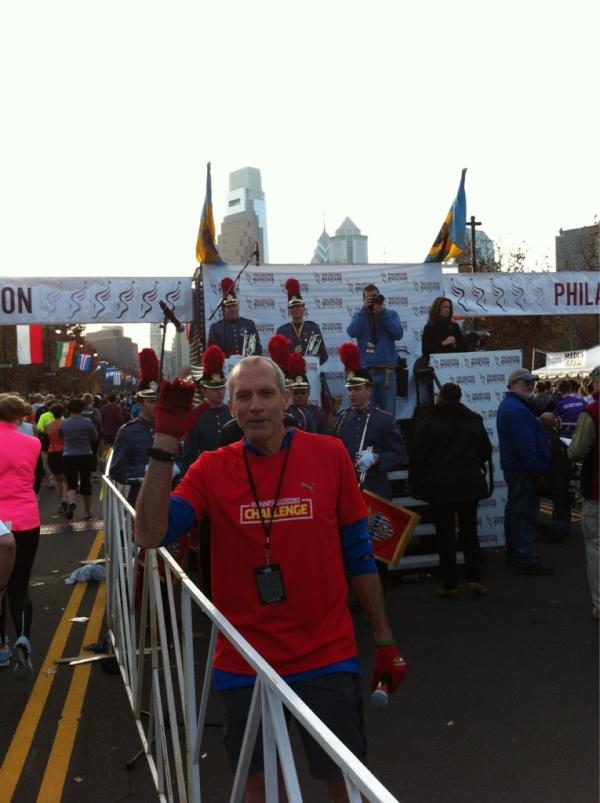 Valley Forge Park: One of the most historic parks in the USA 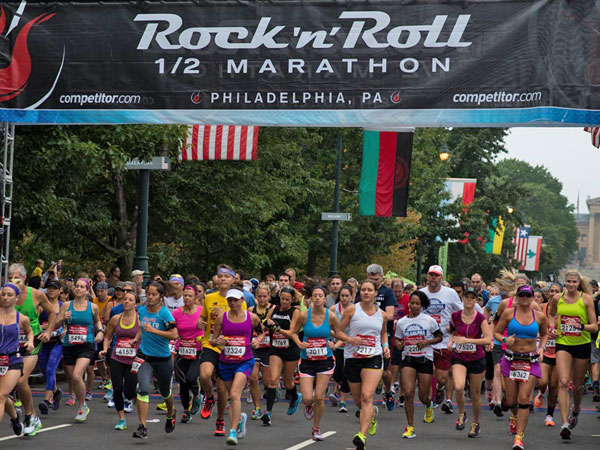 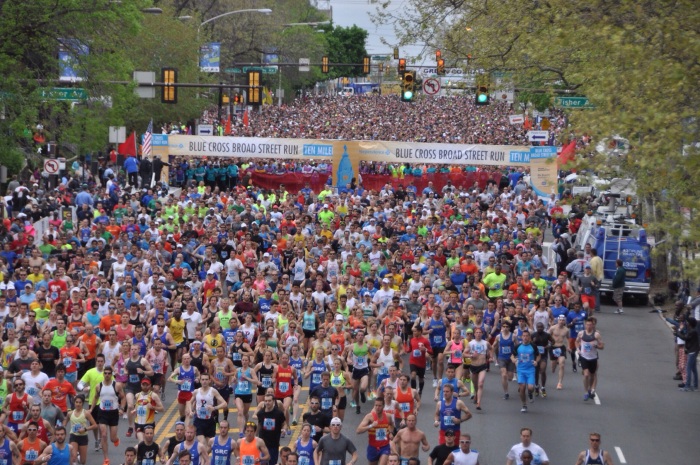 Over 40,000 people pack the streets for the Broad Street Run

Planning a visit to Philadelphia and want to explore our running and fitness community? The two organizations below should be your top resources to get yourself connected to the city instantly.

Nationally Philadelphia tends to have a bad reputation as a city full of hard nosed, rough people. And while I will not debate the hardworking nature of our city, the running community is one to behold for yourself. We work hard and take pride in our city. When you run in Philadelphia it’s not about just you and your run, it is so much bigger than that. The only way to fully understand it is to experience it for yourself. So when will you join us?

Now head down south and check out what it looks like to run in South Florida.